As the temperatures begin to go up, sadly so do the number of children who die after being left inside hot vehicles.  Already in 2016 there has been the two such deaths nationwide.  And it does not have to be a blazing hot day in a southern state for these tragedies to take place as evidenced by the fact of deaths in places like Seattle and Milwaukee on mild days.

We have all heard about an isolated incident of a child dying in a hot car.  However when put into a nationwide context they constitute an epidemic; claiming on average 37 young lives every year in the United States.  Since 1998 over 662 infants and children have died horrible deaths due to heatstroke inside hot vehicles.  But you can help save some of these precious lives! 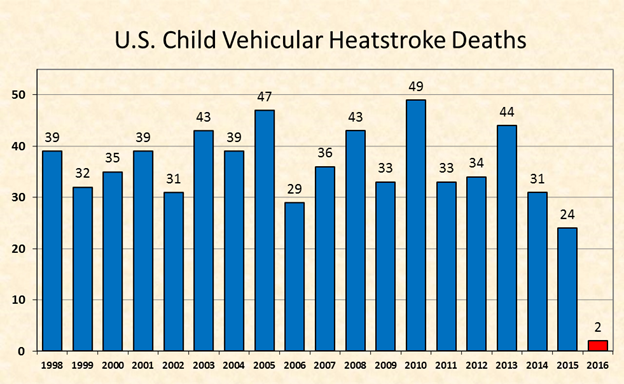 Sadly, these incidents often intersect with the early childhood education and childcare communities.  Over half (54%) of juvenile vehicular hyperthermia fatalities occur when a caregiver is somehow distracted and accidentally leaves a child in a vehicle.  And in nearly half of these cases, the child was supposed to be dropped off at either childcare or preschool.  These cases happen to parents, grandparents, siblings and childcare providers.  It is often a matter of a change of routine, where one person normally is responsible for a child and on a given day another person forgets they have the responsibility that day. 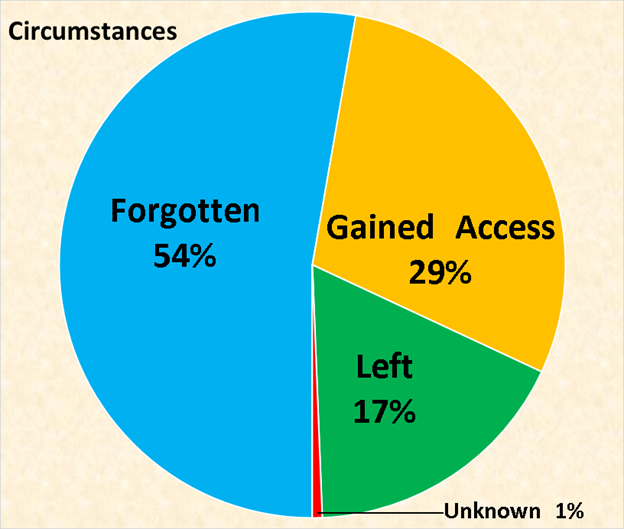 In the summer of 2002 a controlled study was conducted to quantify how hot vehicles get and how rapidly they can reach dangerous temperatures.  This research was published in Pediatrics and is maintained on line at http://noheatstroke.org.  The conclusions of the research were startling in how extreme the conditions inside a car can reach.  Within the first 10 minutes a vehicle will warm to almost 20 degrees above the outside air temperature; after 30 minutes it is 34 degrees warmer. After an hour it plateaus at as much as 45 to 55 degrees higher than the air outside.  Consequently, even on a mild 70 degree day temperatures can reach readings that can be fatal to an infant or small child.  The research also found that “cracking” the windows had a negligible effect on the temperature. 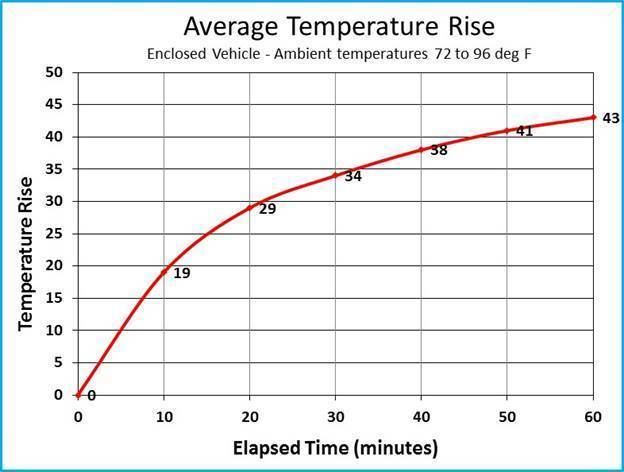 This research has become the “go to” article on the topic and is used worldwide and hopefully will raise the level of interest and awareness about this sad topic and ultimately to save some innocent lives.  The bottom line is that each and every one of these deaths is 100% preventable.  Infants and children are the most precious cargo that is ever transported in a vehicle and we should always be cognizant of the potential dangers to a child left alone in a car.

• NEVER LEAVE A CHILD UNATTENDED IN A VEHICLE.  NOT EVEN FOR A MINUTE !
• Be sure that all occupants leave the vehicle when unloading. Don't overlook sleeping babies.
• Always lock your car and ensure children do not have access to keys or remote entry devices.  If a child is missing, check the pool first and then the car, including the trunk. Teach your children that vehicles are never to be used as a play area.
• Keep a stuffed animal in the carseat and when the child is put in the seat place the animal in the front with the driver.
• Or place your purse or briefcase in the back seat as a reminder that you have your child in the car.
• Make "look before you leave" a routine whenever you get out of the car.